Religion - How it Applies to the Mind

This is a free course preview. Purchase the full course for $197.00!

Don’t let the word fool you. Even if you never stepped inside a church, synagogue or mosque, you’ve likely acquired some religion of your own.

There are several definitions for the word religion, but for our purposes here, one of them is of particular importance.

Religion is scrupulous conformity to a principle or belief.

Keep in mind that the array of our beliefs can take on a very broad spectrum.

The following story might surprise you, because the main character I write about grew up in an atheist state. There was no "official" religion in her land.

The Religion of Our Thought Life

I attended an international conference several years ago and sat in on a lecture entitled, "Growing Up Under Communism." The speaker, by then a PhD in her 40's, shared stories about her formative years in Latvia.

Between birth and 17 years of age, this woman enjoyed a familiar, predictable and suprisingly supportive life under this economic and social model. She described to us how the Soviet state took on a paternal role, with citizens looking to it for both economic provisioning and social identity.

In her world, all things were predictable, understandable and similar for herself and all those around her. Her world remained safe and secure because her belief system had not yet been challenged.

The Soviet Union's isolationism and collectivized atmosphere created for her and others a "religious" belief in its tenets. Careful bureacratic controls and lack of information from beyond its borders created a dome-like mindset for citizens like her, much akin to the naive character depicted in The Truman Show who lived on the fictitious island of Seahaven, Florida.

The same woman continued to explain to us that when the Soviet Union collapsed during her senior year in high school, those notions she held of the world collapsed along with it! Unable to adopt to the "fall" of her presumed reality, the woman fell into an emotional depression for nearly a year.

In a word, her religious belief system toppled!

Fortunately, she eventually arose from her psychological shock. Though her "religion" of a super state and national parent dissolved, she would eventually adapt and evolve. Over time, she forged ahead into university studies, marriage, motherhood and a privatized career as a psychologist.

Track 3 provides opportunities for you to consider the deeply ingrained beliefs you’ve acquired. This track should help you identify certain irreconcilable ideas that might be causing havoc with your self leadership, happiness and inner joy.

Prepare to survey your own “religious” beliefs and expect to see things through a brighter and more unified lens as I share the next story. It's about a crisis of faith I experienced with roots in traditional religion.

Before continuing, remember that “religious” beliefs can be acquired, cultivated and ingrained through many avenues. These include influences from family, culture, medicine, education, science, economics, geography, government, media, peer groups and more.

Keep your mind open and your awareness piqued as you read the following story which I entitled, Does God Talk to People?

Subscribing to a community offers you access to all content currently included with a course, as well as future content added. You can engage with the expert as well as your fellow students.

Subscribing to a community offers you access to all content currently included with a course, as well as future content added. You can engage with the expert as well as your fellow students. 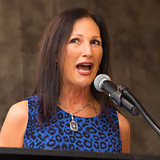